Each householder was required to complete a census schedule giving the address of the household, and the names, ages, sex, occupations and places of birth of each individual residing in his or her accommodation. In 1851, householders were asked to give more precise details of the places of birth of each resident, to state their relationship to him or her, marital status and the nature of any disabilities from which they may have suffered. In 1891, householders were asked how many rooms (if less then five) their family occupied and additional occupational data was collected.

Search the 1901 Census for your ancestors.

On 12 December 1901, Guglielmo Marconi was responsible for the first wireless signal to be transmitted across the Atlantic from Poldhu, Cornwall to Newfoundland. Aged only 27, facing much opposition and almost overwhelming difficulties, his success marked a turning-point in world-wide communication. 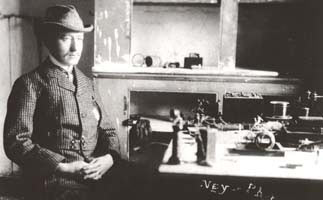 Edward VII ascended to the throne on January 22nd 1901, after the death of his mother, Queen Victoria. Although the nation was in mourning, the new king proved incredibly popular with the people. His reign was called the 'Edwardian Era', named after him, and coincided with the start of a new century and heralded significant changes in technology and society. 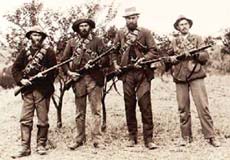 After the capture of their capital cities the Boers have turned to guerrilla warfare, blowing up trains and ambushing British troops and garrisons. In response, the British forces are implementing their so-called 'scorched earth policy', burning farms and confiscating foodstuffs in an attempt to starve the Boer commandos into submission. Thousands of women and children have been removed from the farms and towns where they lived and placed in concentration camps where malnutrition and disease are rife.